Robot Koch is an award-winning artist/composer living between Berlin and Los Angeles.

He has been steadily crafting an original sound that expertly combines a deep and cinematic atmosphere, emotional reflection, and forward-thinking production. He remixed the likes of Max Richter and Christian Löffler, collaborated with Kristjan Järvi and the Nordic Pulse Orchestra, and played live shows at Coachella, Mutek, Sonar Festival, and Boiler Room.

Hi Robert, first of all, thanks for doing this mix for us. I’d like to start by asking what tools did you use to create this mix.

I used Ableton for this, pretty straightforward.

Does this mix have any sort of theme?

It’s an ambient mix, inspired by my album Full Circle, by my ambient moniker Foam and Sand.

As I understand it, the Foam and Sand project started in 2020 during lockdown. What inspired it to come to life?

All my shows were canceled and I spent more time in the studio than expected in early 2020. With all this anxiety going on around the beginning of the pandemic, I started creating these self-soothing ambient tracks. I found it relaxing and healing making these and enjoyed listening to them myself, so I made more and more of these hazy meditative tracks. The whole project is also inspired by my daily habit of meditation. The whole lockdown was a great opportunity for an inward journey.

Once I had a few of these tracks finished I wanted to share it so I just set up an Instagram page for it where I shared 30 seconds of the music with visuals I created for it. Without anyone knowing who was behind this, the page started growing organically and people started to get in touch. So I released a few singles and one EP under the radar in 2020 (on Quiet Love Records and Modular Field) until Foam and Sand was officially announced as a new project by Robot Koch in 2021. 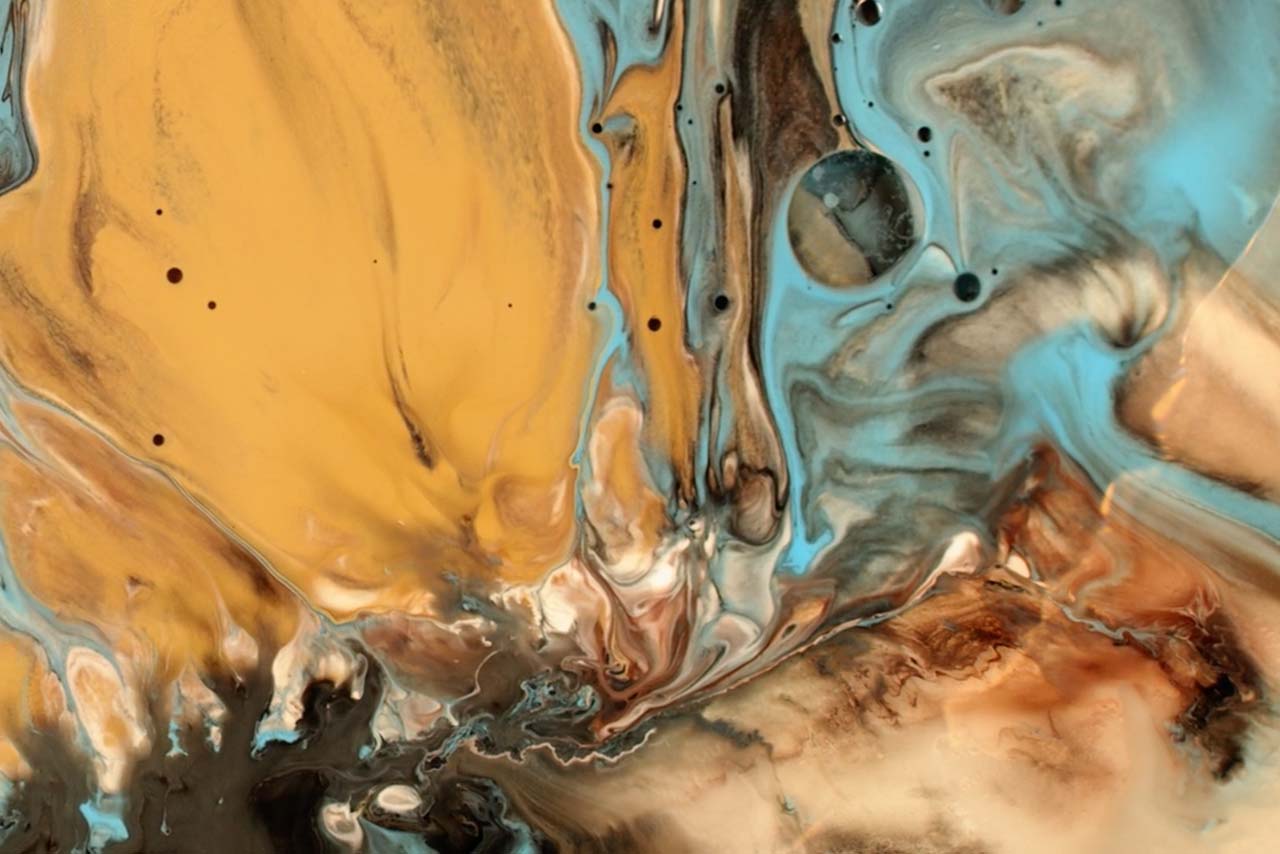 The Foam and Sand visuals connect the micro with the macro.

Ever since I saw you announced the project I’ve been fascinated by everything about it, so I wanted to dig into some of the elements I’m extremely curious about. First of all, what’s with the theme of ‘circles’? Most tunes are titled Circle and a number.

These tracks all started around tape loops, so a loop/circle was at the genesis of the project. But a loop that steadily evolves, not a mechanical repetition but an organic evolution that always goes full circle and then starts over again.

So I named them all “Circles” and the numbers just indicate the order in which I made them. So Circle 2 was the 2nd one I made and Circle 27 was one of the later ones.

And the name? Where did Foam and Sand come from? It feels very textural.

On the one hand, it's inspired by the book Sand and Foam which is a collection of inspirational thoughts from Kahlil Gibran, author of 'The Prophet'.

But it mainly describes the texture as you pointed out. Foam being airy and yet fluid and Sand being grainy and textural. It just felt like a good description of the washed-out, hazy and grainy texture in these tracks.

The visuals for the project have been stunning as well, and consistently surrounding this theme of paint in water or different liquid mediums mixing filmed with a macro lens. Who’s behind those?

I started making animations of close-up texture photographs, bringing them to life in a fluid art kind of style. Most of these early animations I create myself but I work with other visual artists too. For example, the Berlin-based duo magnificent.matter, who create stunning videos dedicated to the art of microscopy.

Microscopy is not just a tool that allows us to see the world in more detail, it's also a gateway to unknown realities. Through the lens of the microscope, we are thrown into a vast space of a usually unseen world which always fascinates me. The similarities between Micro and Macro Space are one of the topics that keep recurring in my work. 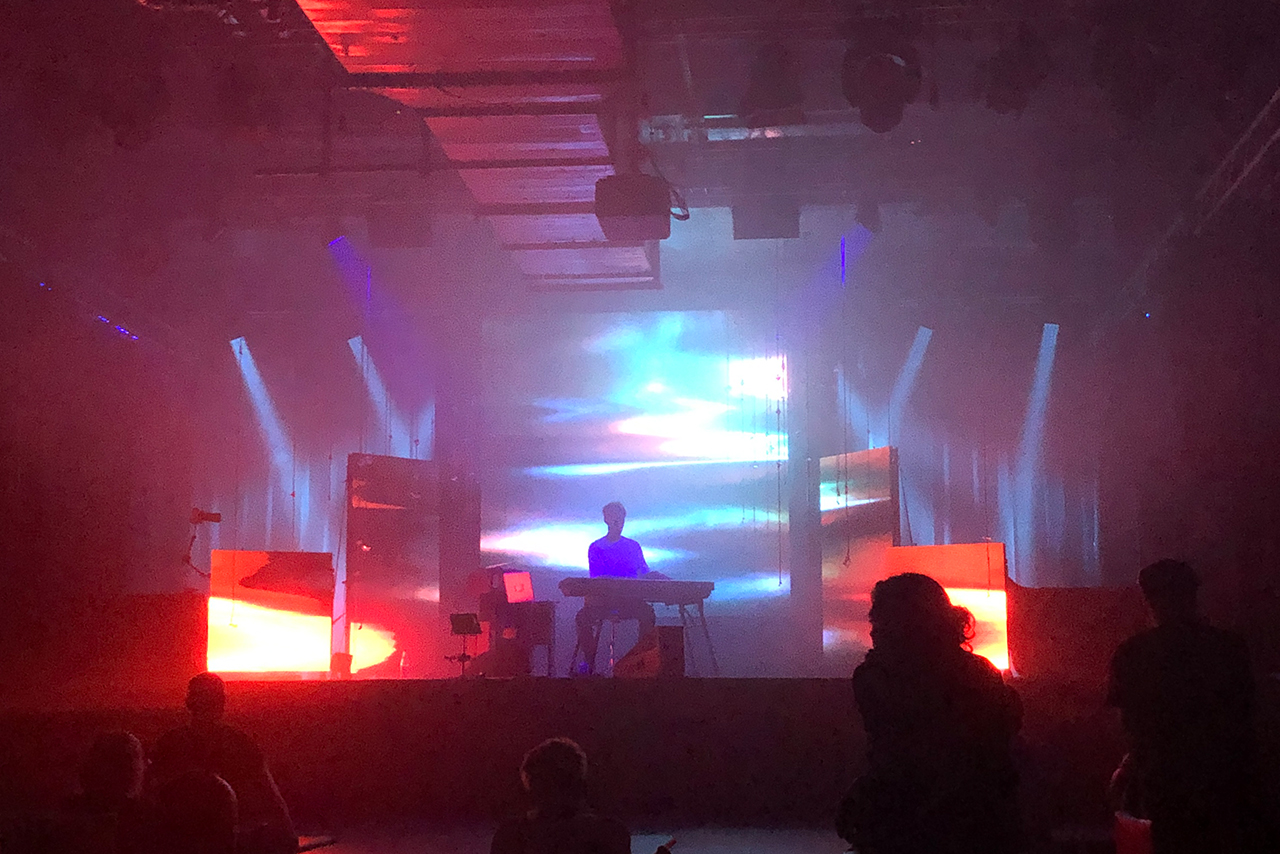 A recent live performance by Foam and Sand was an inmersive sensory experience.

Do you have a set of go-to instruments or effects that you use as Foam and Sand? Is most of the processing completely analog?

Yes, it all started analog. But I did do some edits and arrangement stuff in Ableton at a later stage.

What drew me into working with tape loops was the idea to magnify the irregularities and imperfections of cassette recordings, the hiss, the unsteadiness of the tone, and the over-saturation of the signal. I recorded my synths (like Lyra-8 or Juno, as well as some modular stuff) or piano to tape and ran that tape through a guitar pedal (Fairfield Shallow Water) which randomly modulates a short time delay to create unexpected shifts in pitch that added to the unstable sound of the tape. The result is this hazy vibrato/chorus-type that adds to the vintage tape flavour I was going for.

You’ve also collaborated with (in my opinion) one of the geniuses in the tape space, BlankForm.s. How did that collaboration come about?

We connected via IG a while ago. I agree, he is a tape loop genius and I found it inspirational what he did so I reached out, he also really enjoyed my sound design and sound universe so we connected over a skype call and then also met up in real life over a coffee at some point. This was all before 2020 of course. We created a collaboration track together in 2019 that we didn’t release until 2021.

Any plans to do anything more together in the future?

Why start a new project and not do it under your Robot Koch alias? What makes a Foam and Sand record vs a Robot Koch one?

Good Question. My album The Next Billion Years had just come out in May 2020 and instead of being able to tour it as we originally planned, I had to stay in the studio and started creating these ambient tracks. I just felt like I wanted to let the Next Billion Year album stand on its own for a while, be out there and reverberate undisturbed and not come with the next thing right away.

Doing it under a new moniker allowed me to release some singles under Foam and Sand pretty much right after the Next Billion Years came out, without taking attention away from this album. No one knew who Foam and Sand was at that time. In general, I think doing side projects frees my creative flow, I can just release music whenever I want to and feel like it, without interfering with another album I just put it. Also, Foam and Sand felt like it was its own body of work, had its own sound to it, but of course, it’s also Robot Koch in a way, cause all the music I make has my signature in one way or another. 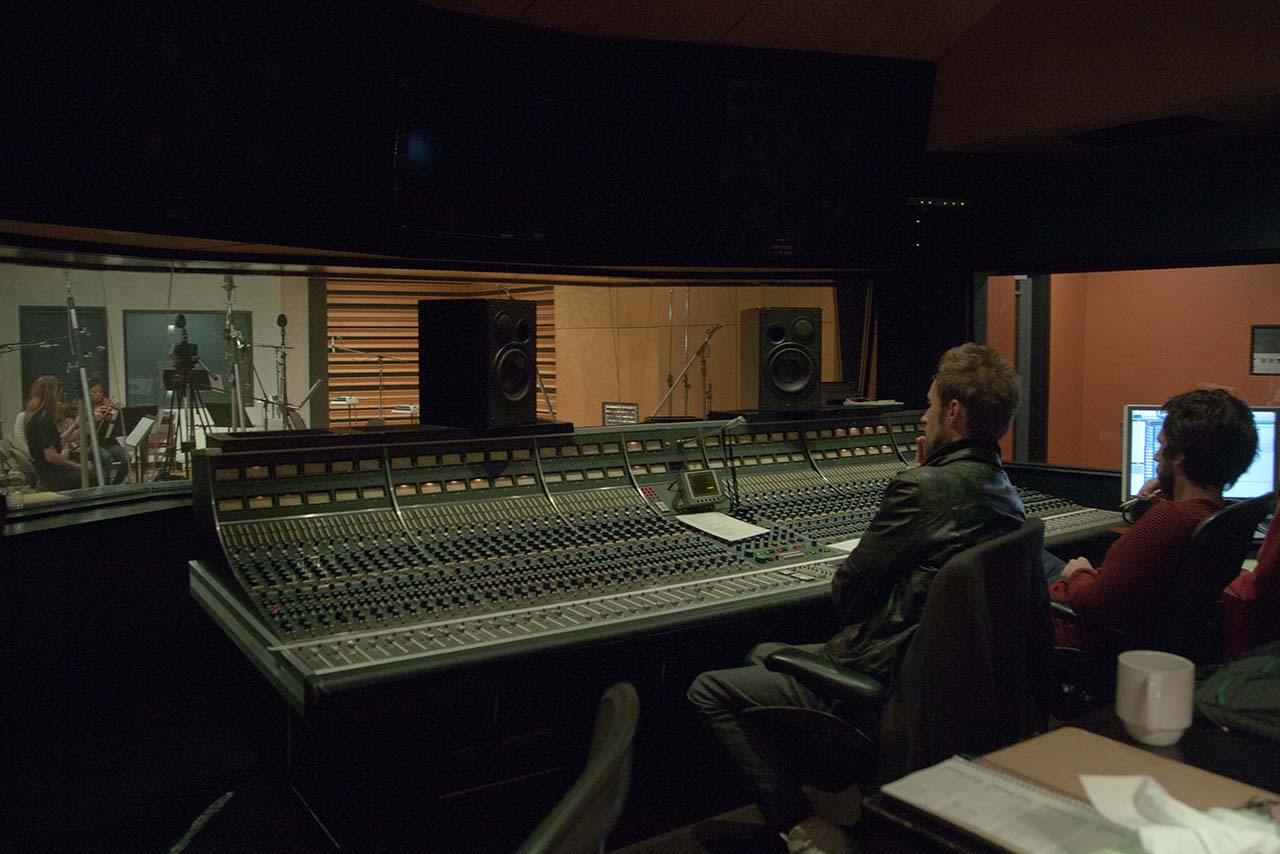 A moment during the recording of A Billion Years, Robot Koch's latest album.

You’ve published a number of EPs, singles, and even a whole album! So you’ve been busy. Has this project been your primary focus for the last couple of years? Or have you been able to combine it with all your other endeavors? Your last Robot Koch album The Next Billion Years came out just last year too.

Yes, as I mentioned above, I just love to constantly create, it's like a spiritual practice to me. Not all of it sees the light of day, I only release about one-third of the music I actually make, but being able to create daily is a blessing. Foam and Sand has been a focus for a few months in 2020 but then I got really busy with a soundtrack I did for an Amazon Prime TV Show (We Children From Bahnhof Zoo) which was great, but so much work that I could not do anything else during that time. So Foam and Sand was pretty much done between March and July 2020 and then I worked on the soundtrack from July until December 2020. The Foam and Sand album only came out in August 2021, there is always a delay but I was able to release a few singles and EP’s in between to slowly introduce the project before officially announcing it in the Summer of 2021.

It's going really well. It's my platform for my own music and music I co-wrote or co-produced (Like Delhia de France, Dreaming Of Ghosts).

It's important to me to own my rights to the music (master and publishing), also in regards to sync licenses.

I saw you recently did your first live show as Foam and Sand. How was that? I imagine very different from a beat-oriented performance...

It was beautiful, people were sitting or lying down. It was a mix of an immersive sound installation, a sound bath, and a concert. I also did a few headphone concerts where people just close their eyes and dive into the sound on headphones only.

This is not about looking at the stage, watching the artist perform. This is more about the listeners and their own experience as they listen with eyes closed and observe their inner journey. If you listen with eyes closed you can tune in and listen with a temporary suspension of judgment, and a willingness to receive something new. By really paying attention to it, undistracted by the visual sense, which tends to overpower our perception and guides our thoughts. 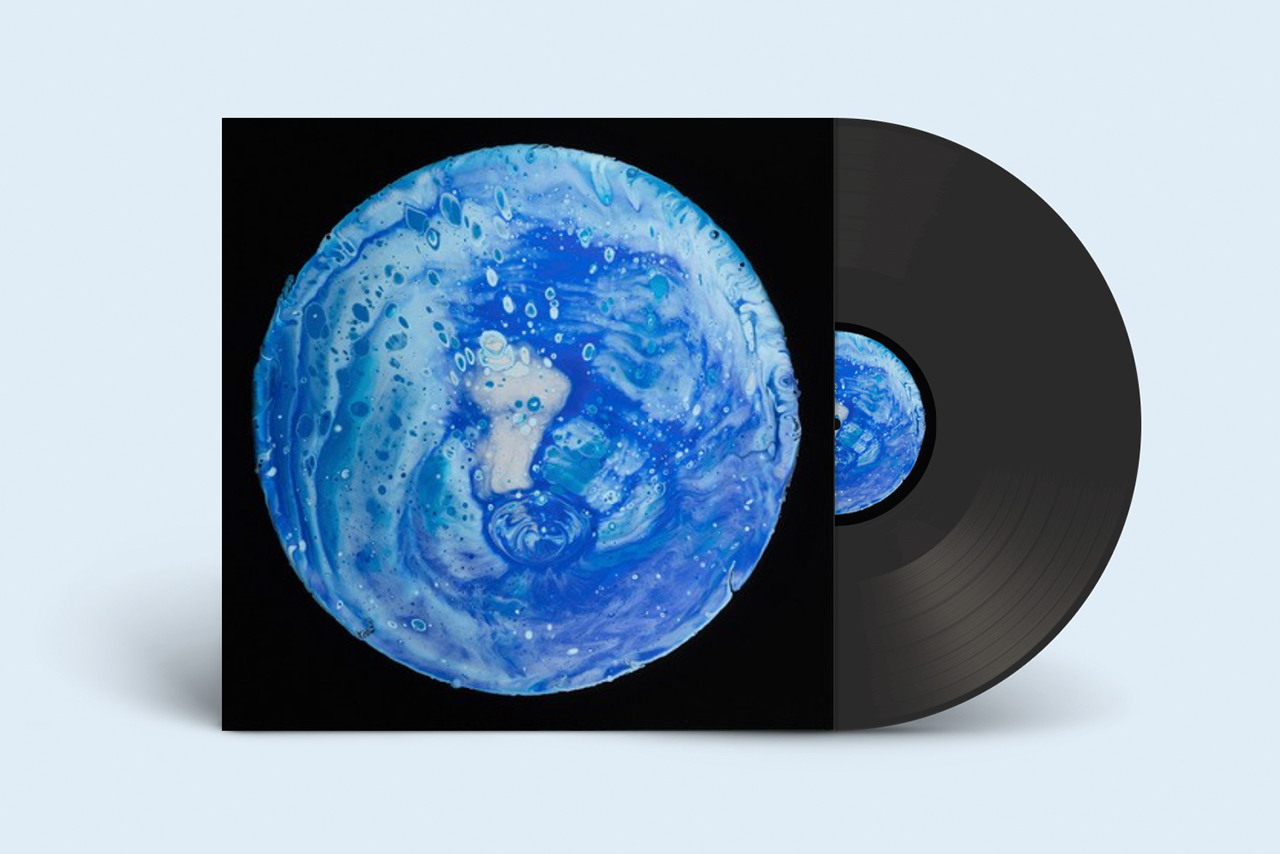 The upcoming record by Foam and Sand, got a crowd-funded vinyl pressing.

And this was in LA where you are based?

This was all in Europe, I spent most of 2021 in Europe actually. I’m about to fly back to LA, almost a year later, looking forward to it.

What’s next for the Foam and Sand project? Anything we should keep an eye out for?

There will be a rework album that's coming out in December with a few singles leading up to it.

There are some wonderful reworks by the likes of Hainbach, Slow Meadow, Alaskan Tapes, Julian Marchal, Midori Hirano, Arms and Sleepers, Tom Ashbrook, and more.

I plan on doing more Foam and Sand releases in 2022. As well as new Robot Koch releases of course. I'm also working on the soundtrack to a Netflix Film at the moment.

That’s excellent, it sounds like a packed year ahead. Thanks so much for taking the time! 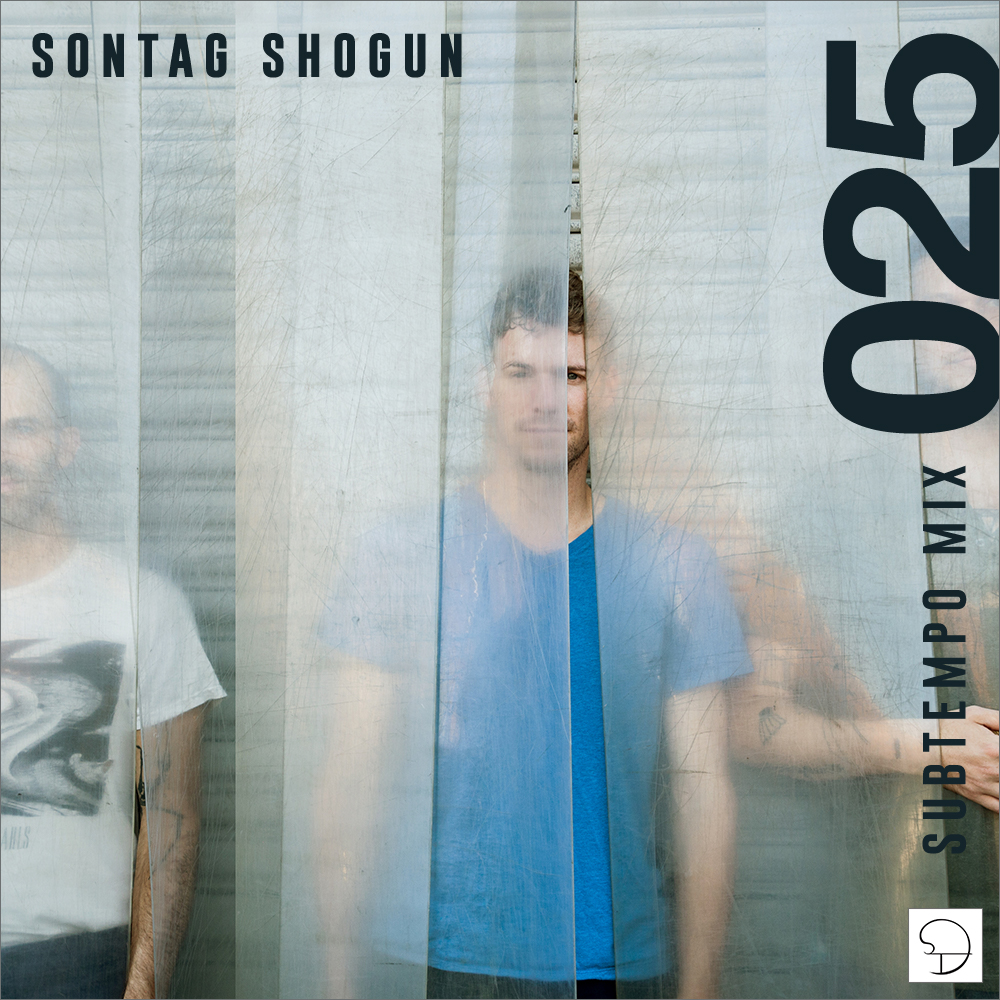 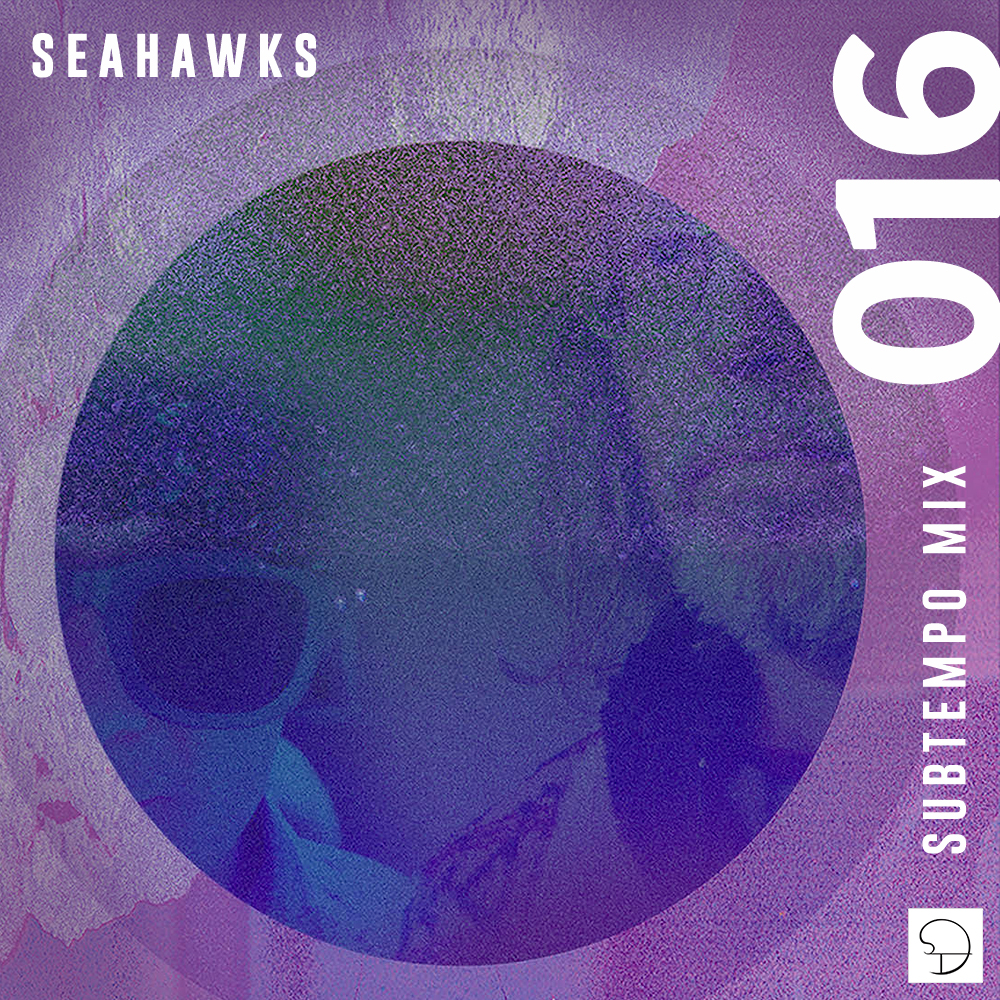 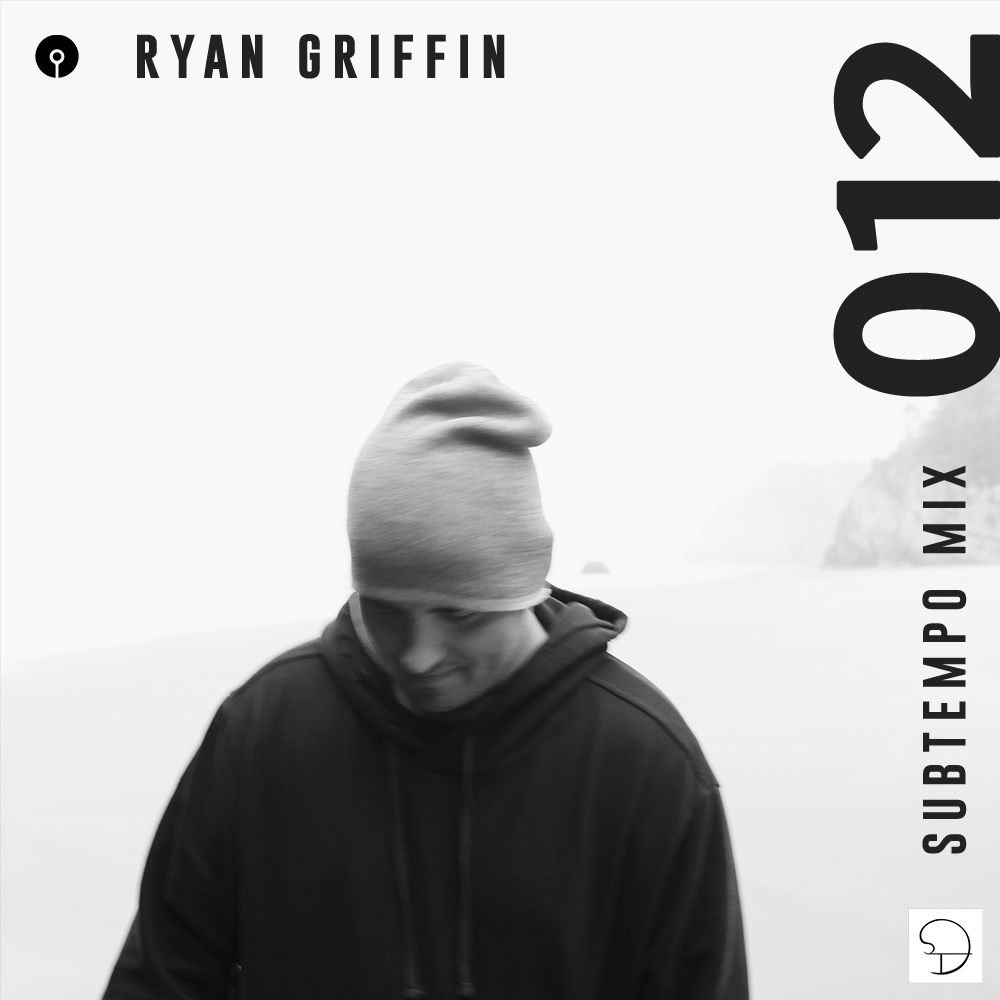