John Loveless is a DJ, producer and writer living in Berlin. He is the founder of the label Hot Concept, and creatively involved with both Erol Alkan's Phantasy Sound imprint, as well as more recently, Cooking With Palms Trax. He hosts a long-running show, 'Display Resolution' on Cashmere Radio in Berlin, as well as a show representing Hot Concept on Refuge Worldwide.

Since 2020, he has produced music in partnership with Gramrcy, remixing artists including W.H. Lung, Galaxians, Ghost Culture, Fall Forward and Discovery Zone. Their first original track, 'Highdive' was released on Phantasy in June 2022, featuring a remix from Schacke. It has been played by DJs including Gerd Janson, Daniel Avery, HAAi, Peggy Gou and 2ManyDJs, who have animated the cover for the most recent iteration of their live show. The track also soundtracked the Moschino showcase as part of Milan Men's Fashion Week.

Involved in electronic music since his teens, John has Djed at clubs including The Warehouse Project, XOYO, Ohm and Golden Pudel. He has previously written for publications including Bandcamp Daily, Mixmag and DJ Mag.

Hi John, first of all, thanks so much for doing this mix for us.

I am between apartments at the moment, but very fortunate in that where I have been staying comes equipped with a rotary valve mixer, two technics and two XDJ 300s. Unfortunately, I couldn't work out how to get the line-in working to record, so I just knocked it together in one take on Virtual DJ on my laptop. I have been using Virtual DJ for well over fifteen years, so I can really work its internal filters by now.

The first forty-five minutes is exclusively music from my label, Hot Concept, which has been operating since 2019. This half escalates in classic 'gradually faster' warm-up style, and then the second act is entirely upcoming or unreleased (at the time of Virtual Djing) dance music from friends, collaborators and people kind enough to send me demos. The exceptions are two recent tracks from Peder Mannerfelt and Interplanetary Criminal that were too good to leave out.

You’ve recently released a new EP Highdive with Gramrcy, which as I understand is getting played quite a bit this summer already, and has been tried and tested by Daniel Avery and others over the last year. How did that collaboration come about?

Graeme and I have been making music since the start of the pandemic, keeping ourselves busy by remixing friends and experimenting with different styles in doing so. Highdive is our first original track and it fell out of us so quickly that we can't really remember making it, but I am confident we were procrastinating away from something else with a deadline. Daniel is one of a few people I regularly swap tracks with, and I slipped an early version of Highdive into a care package of music. He played it at Fabric in London during their post-pandemic reopening weekend and called me a few days of recovery afterwards with the honestly surprising news that people had been getting in touch to ask what it was.

It’s certainly built for the floor, it’s almost impossible to stand still listening to it. It's a record with intent, for sure. Nobody likes an edgelord, but I think it's sometimes healthy to walk the boundaries of good taste, and Highdive is a bit of an accidental exercise in that pursuit. But we also took care to make sure it genuinely grooves. 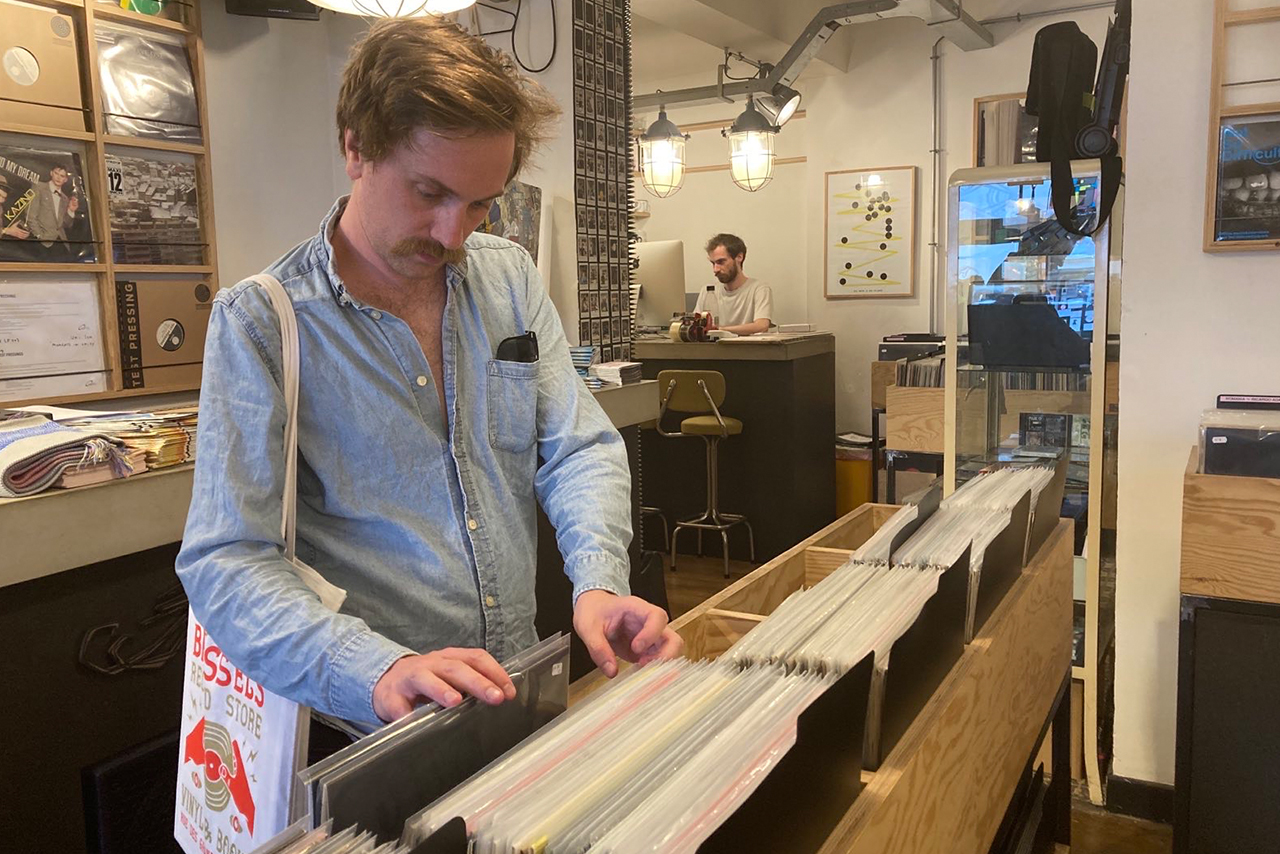 Do you prefer working alone or collaborating, like in this case?

Not only do I prefer to collaborate, but my technical abilities are currently so slim that I don't have much of a choice! I bring samples, short loops, barely comprehensible arrangement ideas on scraps of paper and if you're lucky, hot or cold beverages.

What are some of your favorite things about collaborating with Gramrcy?

He is a wildly gifted producer on a technical level, has excellent, ever-diversifying taste in music and is very easy, generous company.

You also run a label called Hot Concept. What’s the ethos behind it?

To put out records I feel are exciting, made by people with an attitude that resonates with myself and hopefully others. I suppose the ethos is underpinned by my own taste and values (and ego...) but I'm not the sort of person to sit down and draft a manifesto. The whole process feels quite fluid and reactive, and the approach differs from release to release.

What drove you to release the EP on Erol Alkan’s Phantasy Records vs releasing it on your own imprint?

Erol was also very supportive of the record, and while Hot Concept is in its relative infancy, Phantasy ultimately reaches far and wide. The track also has a certain energy that's rooted in the mid-late 00s period of, for lack of a better-term 'zingy' electro-house from which Phantasy sprung forth and of which Erol was once a key proponent of (he calls it “turbine”). The label has evolved almost unrecognizably since then, but nonetheless, it just seemed to fit. 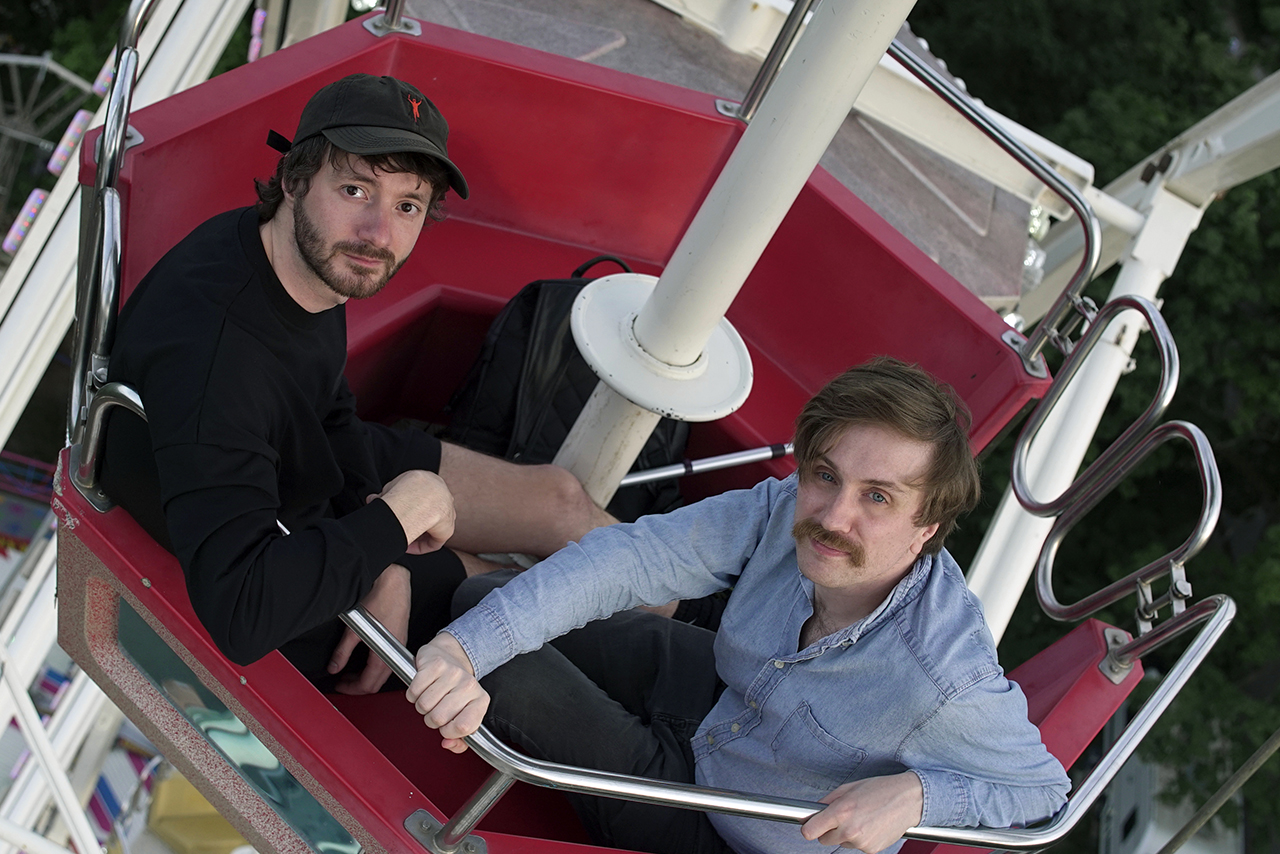 John Loveless and Gramrcy have been producing together since 2019.

You guys have a long history, you’ve been a key part of developing the sound of Phantasy, right?

I've known Erol personally for around a decade and also used to regularly post on the Erol Alkan Forum, which was a real hub for discussion about electronic music for my generation, alongside Dubstep Forums. I always admired Erol's approach which was more rooted in a sort of 'indie' culture, very refreshing for dance music in particular at the time, and true even now. My role at Phantasy is a kind-of 'minister without portfolio', sometimes working as an A&R with new artists, suggesting remixers or designers for releases, writing copy and press releases but also just being present to consider the direction of the label alongside Erol.

Back to your own curation on Hot Concept, what are some of the releases you are most proud of? Or do you feel equal love towards all your children? [laughs]

It has to be equal love. Right now, I feel very proud of the new Yr Lovely Dead Moon album, 'Don't Look Now!' We applied to the German cultural body, Initiativmusik, in order to secure funds to develop the album, produce videos, artwork, PR campaigns... Rachel, who is Yr Lovely Dead Moon, largely led the charge here, but the process has sometimes been complex, with the odd swamp of Deutsch admin to wade through. But it's been very much worth it.

And you are based in Berlin but are originally from Copenhagen, correct? How do you find the scene in Berlin now?

I am afraid I am not from Copenhagen, I am from the North-West of England. I have never been to Copenhagen, but I'd love to visit. I have a lifelong interest in amusement parks and rollercoasters, and Copenhagen is home to an original 'Scenic Railway' rollercoaster, operating with it's own on-board brakeman to adjust the speed. Berlin, meanwhile, does not have any permanent rollercoasters, and the one amusement park it did have went bankrupt when it transpired that its owner was involved in illegally smuggling cocaine on an international scale, including within the fiberglass of a Magic Carpet ride. Which, to be fair, is very Berlin.

Oh, oops, sorry I got that terribly wrong! [laughs]. I guess my next question will not apply, but let me ask you anyway, we may get somewhere interesting, I like where this is going... How does the Berlin scene compare to the Copenhagen one? I’ve read that some really fast techno is taking hold, archived by people like Courtesy and her label Kulør, is that true?

You won't be surprised to hear that really fast techno has also taken a hold in Berlin! In fact, Schacke, who has remixed Highdive, is one of the artists that I very much dig, especially as his 'fast techno' sounds just as good when played unfashionably slow...

As for the Berlin scene versus Copenhagen (or anywhere), I am probably not the best-person to comment, as my post-pandemic nightlife is very much dictated either by going to see friends DJ or doing so myself. Otherwise, I spend more time at the cinema or walking my dog. I am very pleased to see parties passionately run by friends such as Power Play, African Acid Is The Future and Weeeirdos all making interesting bookings and building their community without fundamentally changing their ideals or aesthetic. 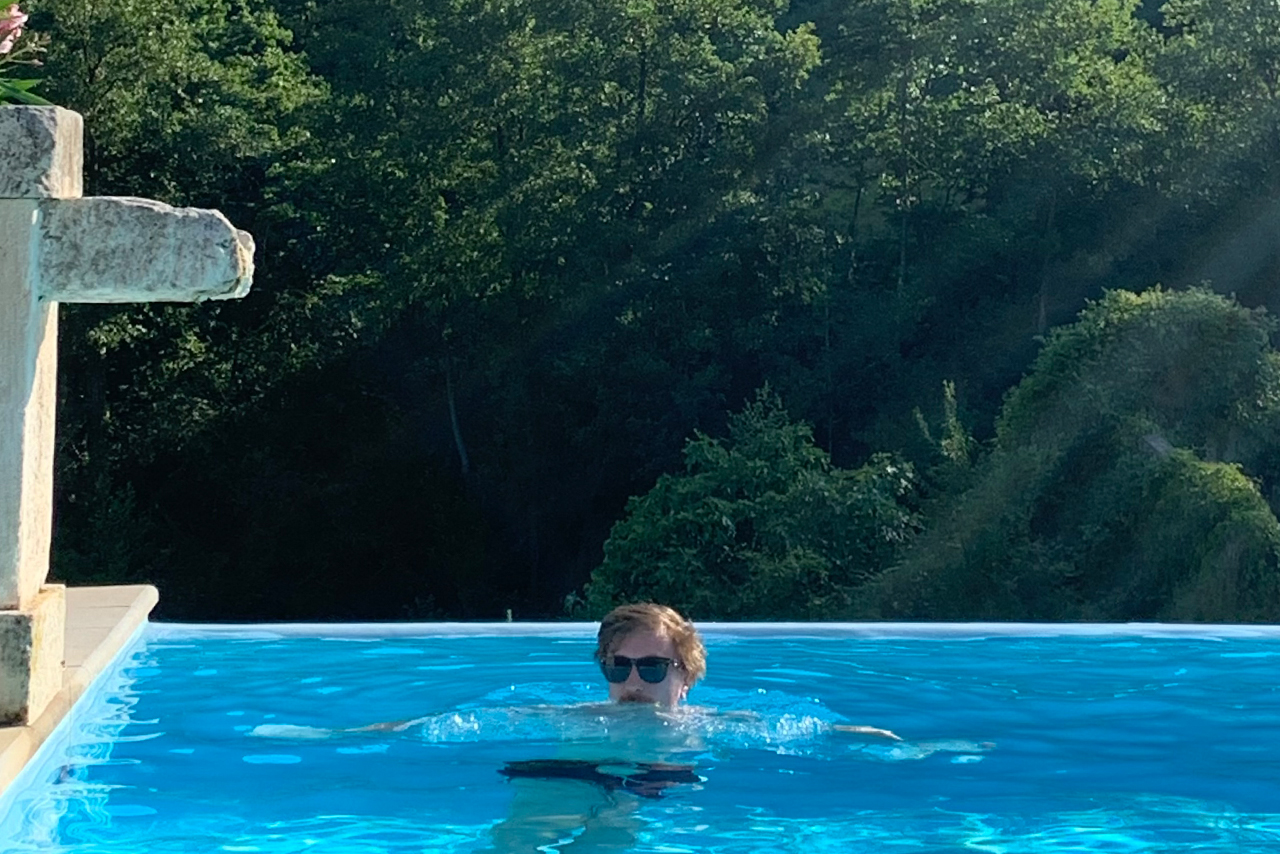 "...my post-pandemic nightlife is very much dictated either by going to see friends DJ or doing so myself. Otherwise, I spend more time at the cinema or walking my dog."

Do you throw events for the label, or are you mostly focused on the release side of things?

We have previously hosted parties at Paloma, largely showcasing UK Djs such as Jon K, Ribeka, Kiss Me Again. More recently, we were asked to host a label night at kwia, an ambient-listening space in Berlin with an incredible sound system and some very psychedelically friendly furnishing. This was a great vibe, but running events can be very time-consuming and a bit anxiety-inducing, especially if you're as prone to checking the Weather app as often as I am.

How do you feel about running a label in 2022? What drove you to start it?

It can be stressful and financially draining, even having only recently begun to press vinyl, but it is rewarding. I still get a kick from hearing a Hot Concept release in the club, on the radio or written about online. Originally, I began the label to help out a friend who had a single he wanted to get out there, and having accidentally found myself equidistant between assisting with a label (at Phantasy) and being approximate to media (via my previous life as a writer/hack), it seemed and proved to be achievable.

To introduce a tortured metaphor, running a label often feels more akin to slow cooking than fast techno. You are forced to focus on small details, fill in spreadsheets, occasionally negotiate and take the temperature of your creative relationships. It is far removed from the seductive, serotonin-drenched thrill of a selfie taken somewhere exotic and keeps your feet on the ground. During the pandemic, I enjoyed music more than ever, but felt increasingly alienated by what 'the scene' looked like through my phone, especially with clubs and venues closed, replaced with what I sensed a lot of weird, thirsty energy brewing on our feeds. Hot Concept will change and evolve, but I expect it should just always instinctively feel like a distinct space; ambitious in the ways that count. Hmm, is this something approaching a manifesto after all?

Sounds like the inception of one, for sure... Any future plans you can sneak-peak our readers on either your own releases or something you are excited about for the label?

Our next release is from a wonderful DJ and interesting character, Ady Toledano, who has best been known for his involvement in the queer party RIOT! As well as for his sets on HOR Radio, which stood out in their rhythmic-diversity. His first EP is not what people might expect, but it is excellent, instantaneous outsider music.

Well, thanks so much John, it’s been a pleasure. And congrats again on a great summer hit. :)

Thanks, see you in Copenhagen. ;-)

Yes, we should meet at the amusement park, one of these days...! 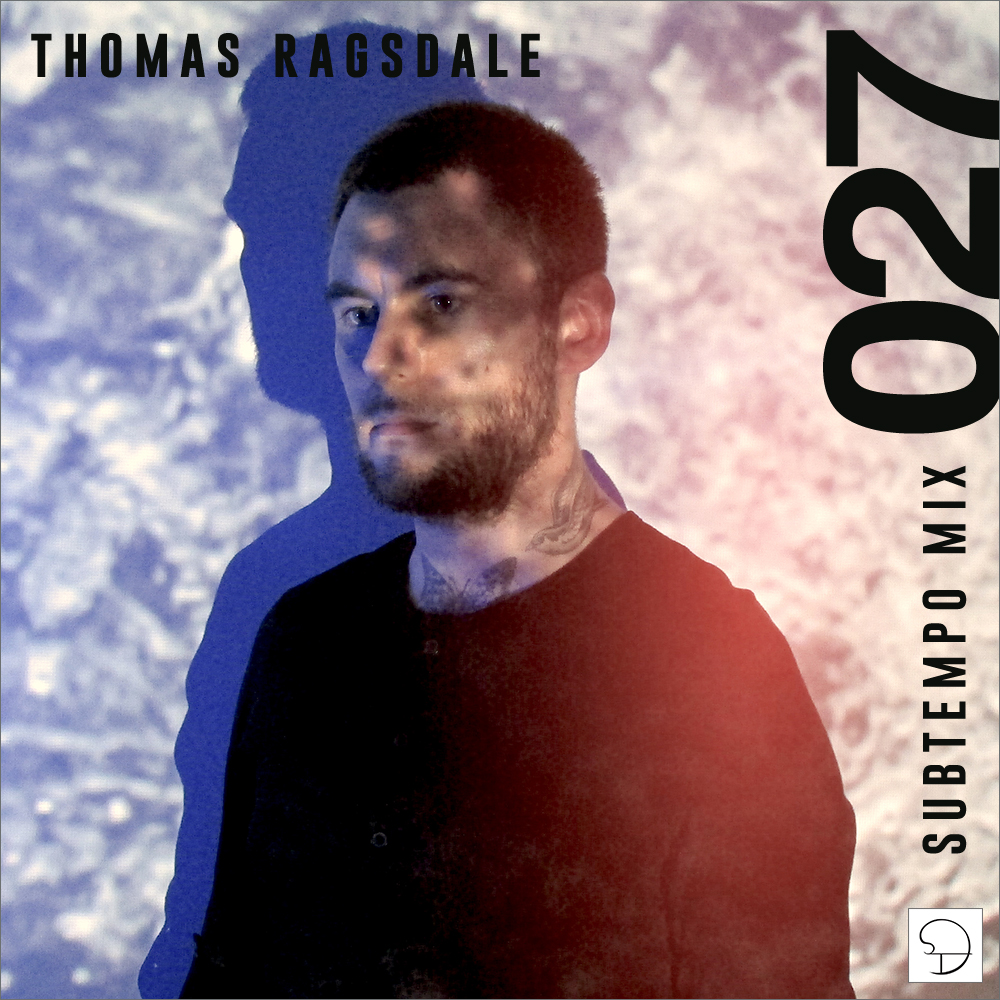 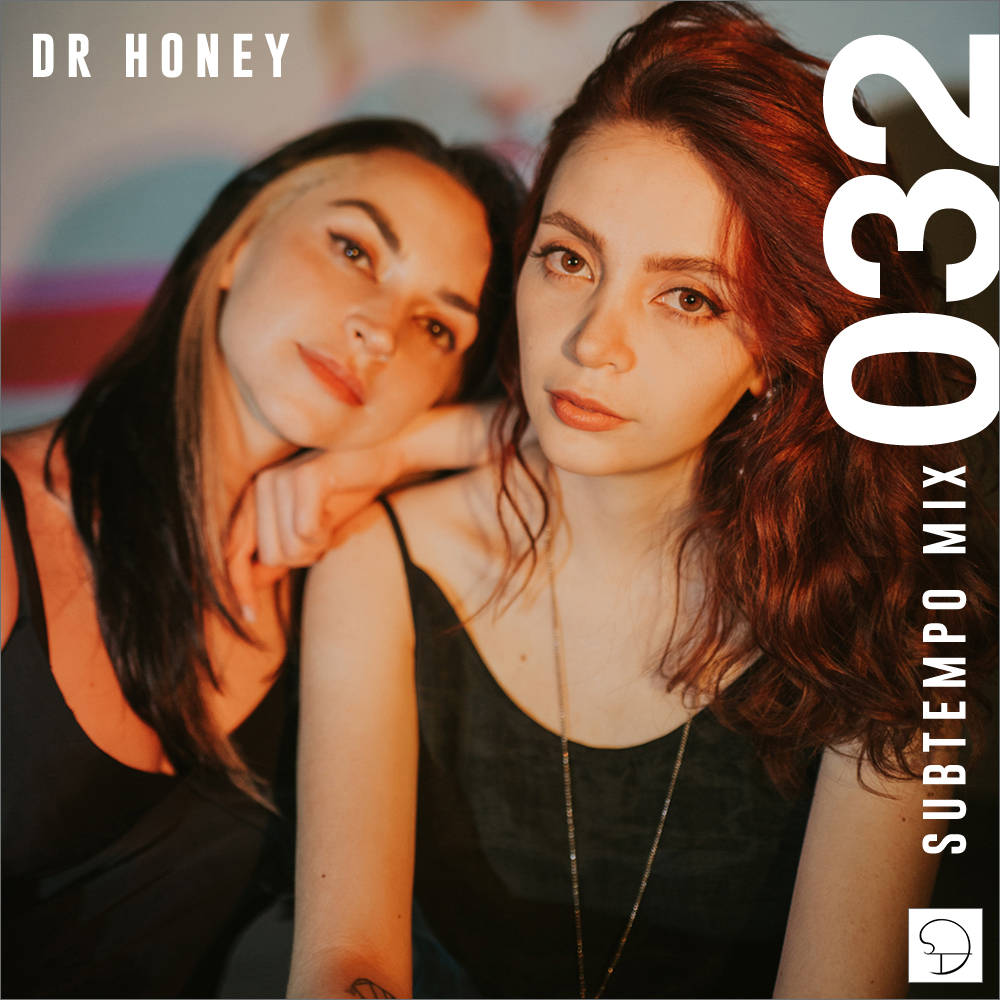 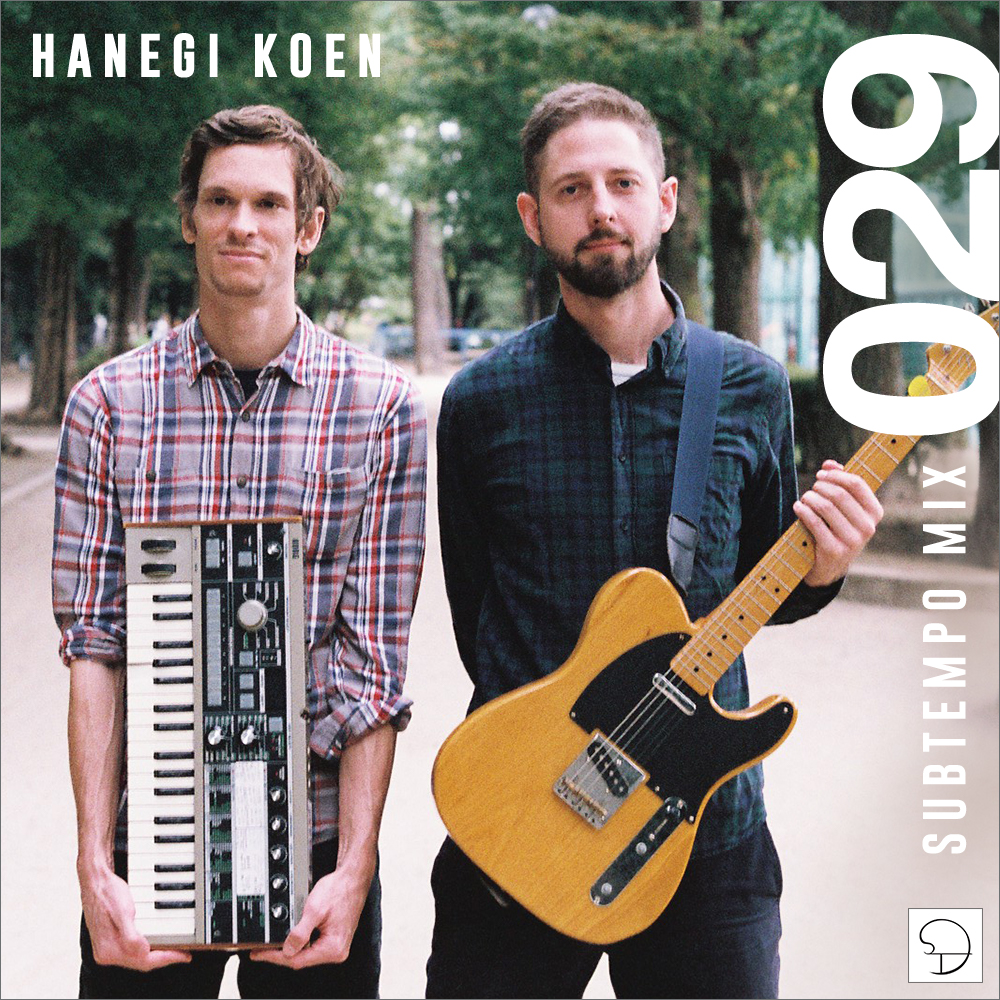