Zoe Polanski is a singer, songwriter, and film composer based in Tel Aviv, Israel. Her newest album, Violent Flowers, is an intimate collection of ethereal dreampop produced in collaboration with sound designer Aviad Zinemanas and released through Brooklyn based label Youngbloods.

Zoe is known Israel as an integral member of the indie music scene, a go-to session musician, and talented film composer. She’s shared the stage with Tame Impala, Swans, Bayone, and Lætitia Sadier of Stereolab, as well as collaborated with celebrated cinematographer and film maker Fred Kelemen.

Hi Zoe. First of all, thank you for doing this mix for us. It’s really beautiful.

The only thing I would say is it was too short! Left us wanting more...
I wanted to start by asking you about the mix. How, where, and when did you record it?

I recorded the mix right when the first covid-19 lockdown was ending in Tel Aviv. I used my digital collection of ambient tracks, stuff that I accumulated through my explorations for Music 4 Standing Still, my Spotify ambient playlist. The mix itself was done on Ableton, where most of the stuff I do gets done.

During lockdown, staying inside most days, I felt a strong craving for organic sounds and spacious atmospheres which led me to the theme of organic ambient. 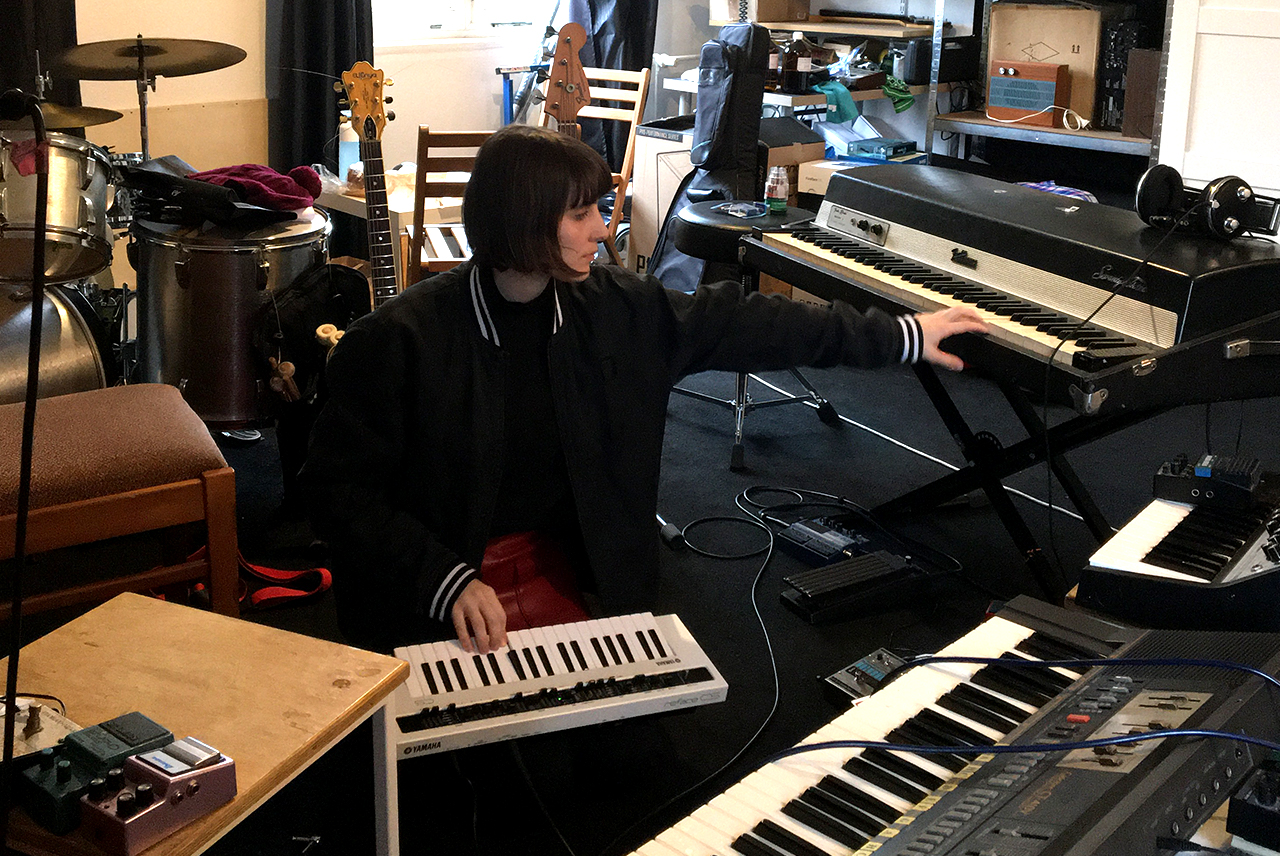 Zoe Polanski at her home studio.

The first track is intriguing… Something you found in Zambia? What brought you there?

The mix is very much based on the first track, which I found in a radio station’s archive in Lusaka. 8 years ago I was involved in the production of a short film (“Son of a Railway Man”) about a Zambian trumpet player. It was one of my first scores (btw Mark Cunningham of the band Mars eventually did the score with me and played the trumpet parts). During the production, I did some research for the score in Lusaka and stumbled across this beautiful track and it has stayed with me since then.

That's fascinating... We met via Nicholas Concklin who runs the label Youngbloods out of NY, who you’ve just released, your debut record with. Tell me, how did you guys meet?

In 2016 I sent Nick and his label partner, John, my score for “Sarajevo songs of Woe”. We didn't know each other back then but I knew the label and appreciated it very much. That score didn’t end up being released, but they told me about a compilation that they were working on - Occult Lullabies - and they offered to send them a track for it. I loved the idea behind it and sent them a piece called “About the Mirror and it’s Pieces” that ended up being the closing track of that beautiful compilation. Since then we’ve been in touch, and it was clear for me that when I have a collection of tracks ready, I want Youngbloods to be their home.

“Violent Flowers”, your debut album, just got released in wax on July 17th. This is an important moment in every artist’s career. How are you feeling about it?

[LAUGHS] Tell me about the title. What does it symbolize for you? It evokes such a vivid image.

The title track was written and composed while I was living outside of Tel Aviv, in a suburb called Hod Hasharon. I was in a long relationship, and we had a house with a yard and a dog which was (and thankfully still is) one of my biggest love stories. Me and my dog used to spend a lot of time lying under a tree that had blood red flowers, and I used to stare at them for hours, thinking about the temporality of that situation. I knew the relationship had to end and that I would have to leave. It was beautiful and so painful at the same time, and that’s how the name came to be.

What was the inspiration behind this album?

Even though there are several personal stories that are contained in the songs, my biggest inspiration is the geography of sound textures and the way in which exploring them can change the experience of time. My initial urge to create a song usually comes from being fascinated with a short loop that I record with my guitar/bass/vocals. The progression of the song is an exploration of that basic loop. 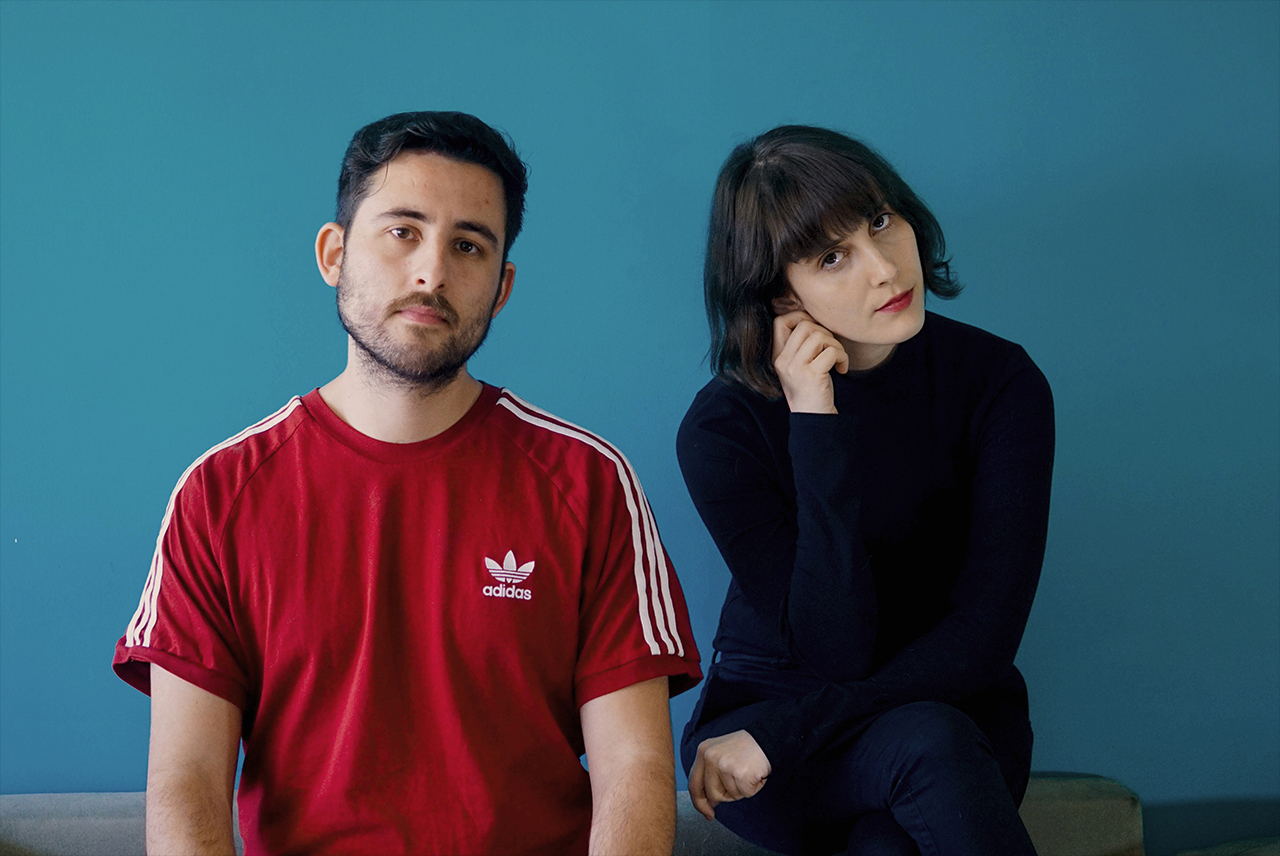 You have a co-writer in some of the tunes, or is it on all of them? Aviad Zinemanas. Tell me about him. How long have you been collaborating?

I met Aviad 3 years ago through mutual friends and collaborators. Right from the start I felt that what he could bring to the songs was exactly what they lacked, or what they were missing. Aviad is a super talented sound designer and musician, and we started from producing my songs (that had very minimal, flat production) and performing them. Later on Aviad also contributed some of the compositions - he composed the tracks Humboldt Current and Bubbles.

You’ve done film composing, and also studied cinematography, and your music has a panoramic, storytelling, feel to it. How do you find it working with film, and was that something you wanted to do from the beginning?

Scoring films was not something that I knew I wanted to do from an early age. I always loved cinema but it didn’t occur to me that I could actually be a film composer. Film composing seemed to me like a direction only very few, classically trained musicians could take. Through the years though, releasing records and performing, I've been approached by film students and filmmakers who wanted to collaborate, and slowly I gained confidence and realized that scoring is indeed a challenge, but one which I enjoy. 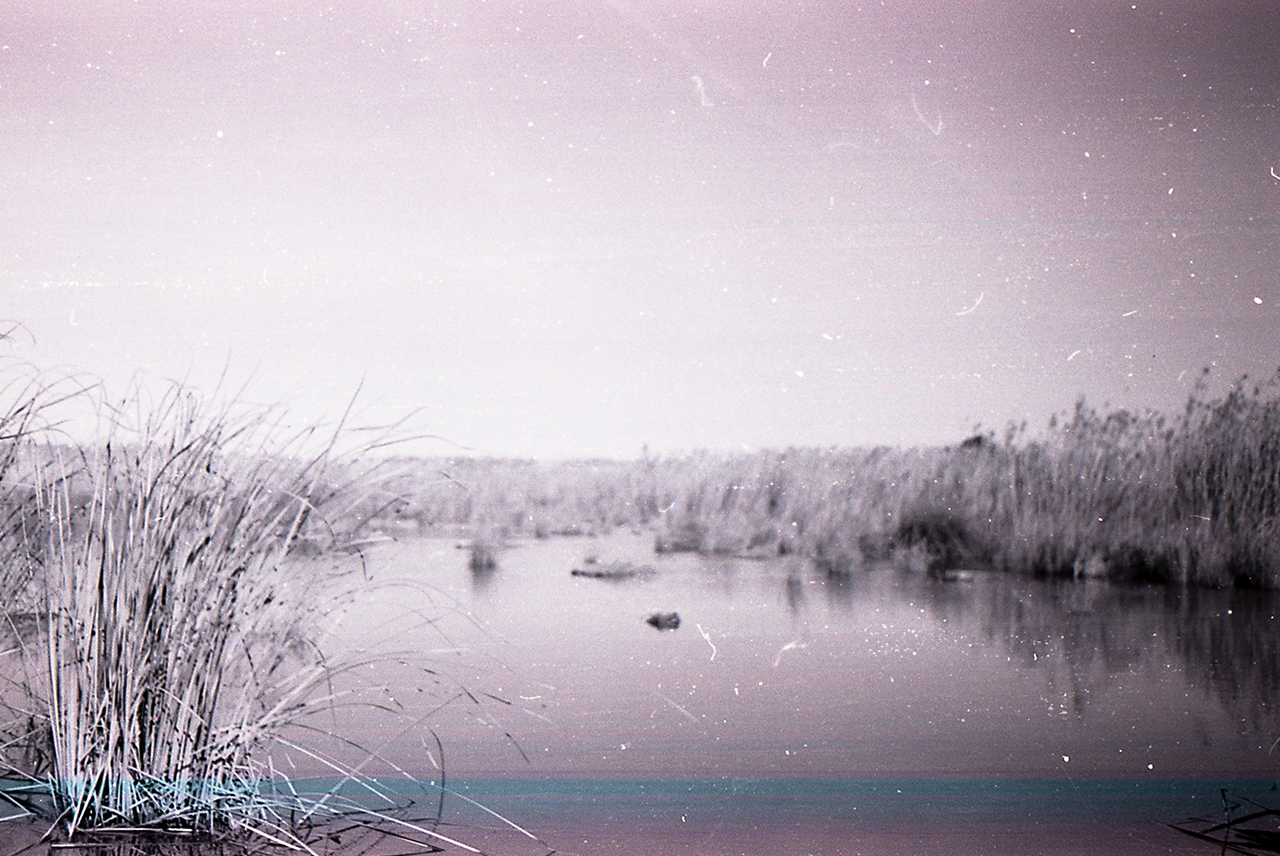 Some of the imagery included in Zoe Polanski's latest record, Violent Flowers, released on Youngbloods.

You’ve shared the stage with huge bands like Tame Impala or Stereolab, how was that for you?

When I think back at it, playing as a supporting act to Tame Impala and Laetitia Sadier of Stereolab (Not Stereolab, but Just as good), has felt surprisingly like any other show i played. In some of the cases the people I got to meet stayed friends (Like Laetita for example, who later collaborated with me in one of my bands, and even sang in Hebrew!), and in some cases the connections were unfortunately lost.

And was this in Israel where you are based during one of their tours?

Yes, the international artists that I shared the stage with were visiting Israel as part of their tours.

I imagine these were fairly big venues. Do you find your music fits well in a big arena? I could see it fitting in a small room but also perfectly at a large stage. How do people react to it?

That’s a great question. Music works best when it’s fitted to a space. When i was performing solo as Bela Tar, small venues were the best, and now that i play with Aviad, the music works wonderfully in bigger venues. The ones I like the most are the ones that invite the crowd to sit or lay on the ground and relax. We just had a post-lockdown show at the beach, on a lifeguard shed during sunset, and that was one of the most perfect shows ever.

What is your favorite locale to perform your music at? Small and intimate or large scale stage / festival?

I actually have a stage fright, so both are hard for me in their own ways. Small and intimate venues are wonderful if they don’t lack in good sound which often happens. 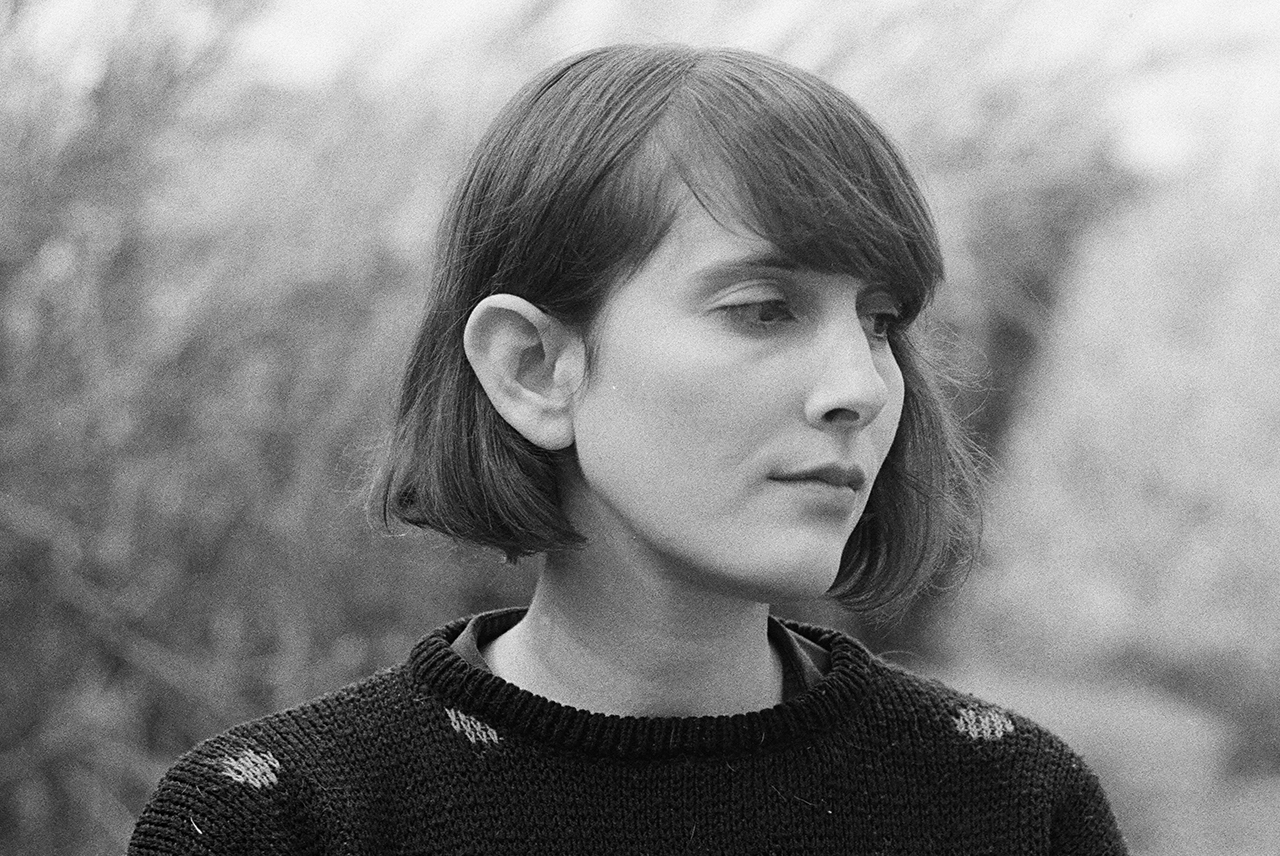 Zoe Polanski has shared the stage with bands such as Tame Impala and Stereolab, and her music has both an introspective feel while suiting the large scale arenas just as well.

Your sound is musically rich, melodic and, to my ear at least, that you are using a bunch of instruments. Do you and Aviad play most of the instruments on the record?

Yes, the only track with another collaborator is Bubbles - that was produced with Fortyforty. Other than that, we play everything ourselves. Guitars, synths, drum machines...

How do you manage to perform this live? Do you typically put together a live band for your shows?

No, Aviad created dynamic Ableton Live Projects that allow us to play and record real time loops. In the future I want to have a guest percussion player on some of the shows.

Tell me, now that you have finished this album and it’s out in the world, what is next for you? I imagine if we weren’t in a global pandemic, you’d be on tour...

The pandemic did create a lot of changes, and I'm currently spending all of my time in the studio scoring films. I just finished a political documentary about violent riots and police violence that took place during the second Intifada in Israel, and I am beginning to work on a score for an upcoming feature film. Aviad and I also started working on another album.

Excellent, keeping busy! Keep us posted when new releases come out. Thank you for taking the time and crafting this wonderful mix for us. It’s been a pleasure, and once again, congratulations on your album.

Zoe Polanski's latest release Violent Flowers, is out now on Youngbloods. Support them by getting it here. 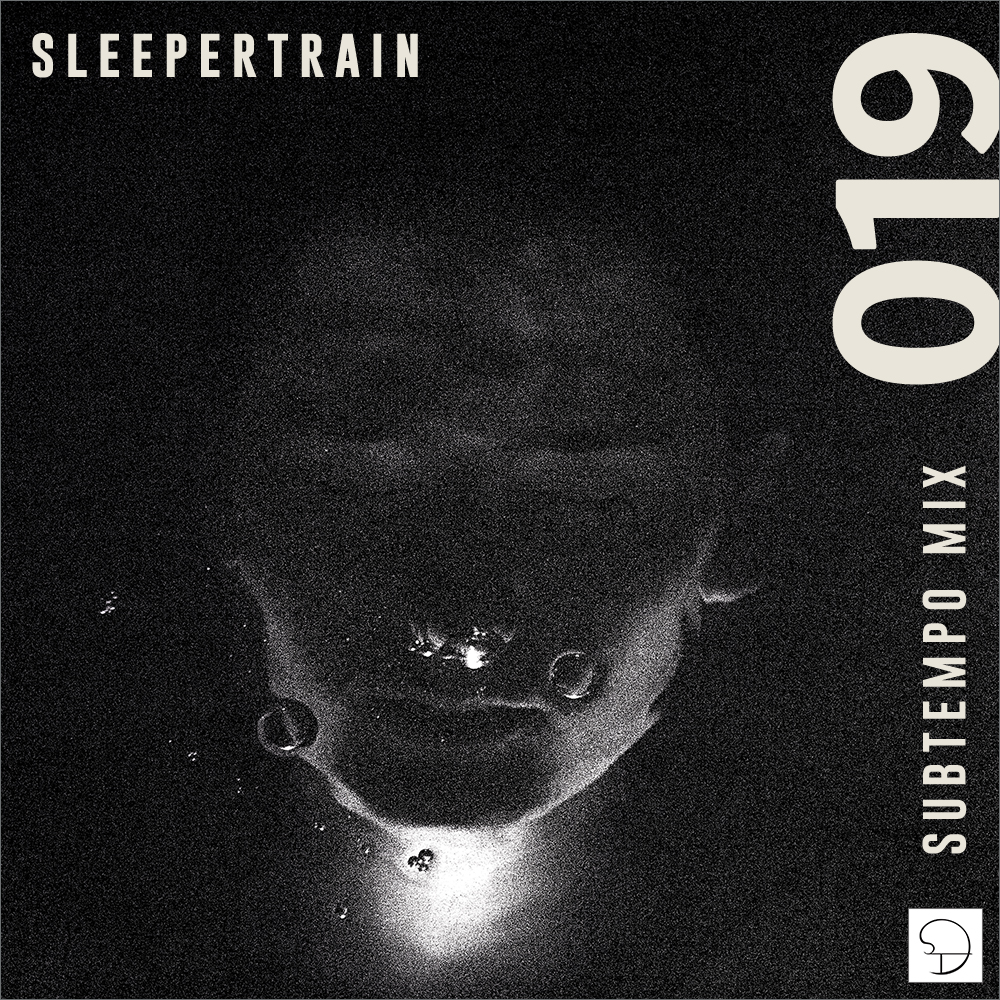 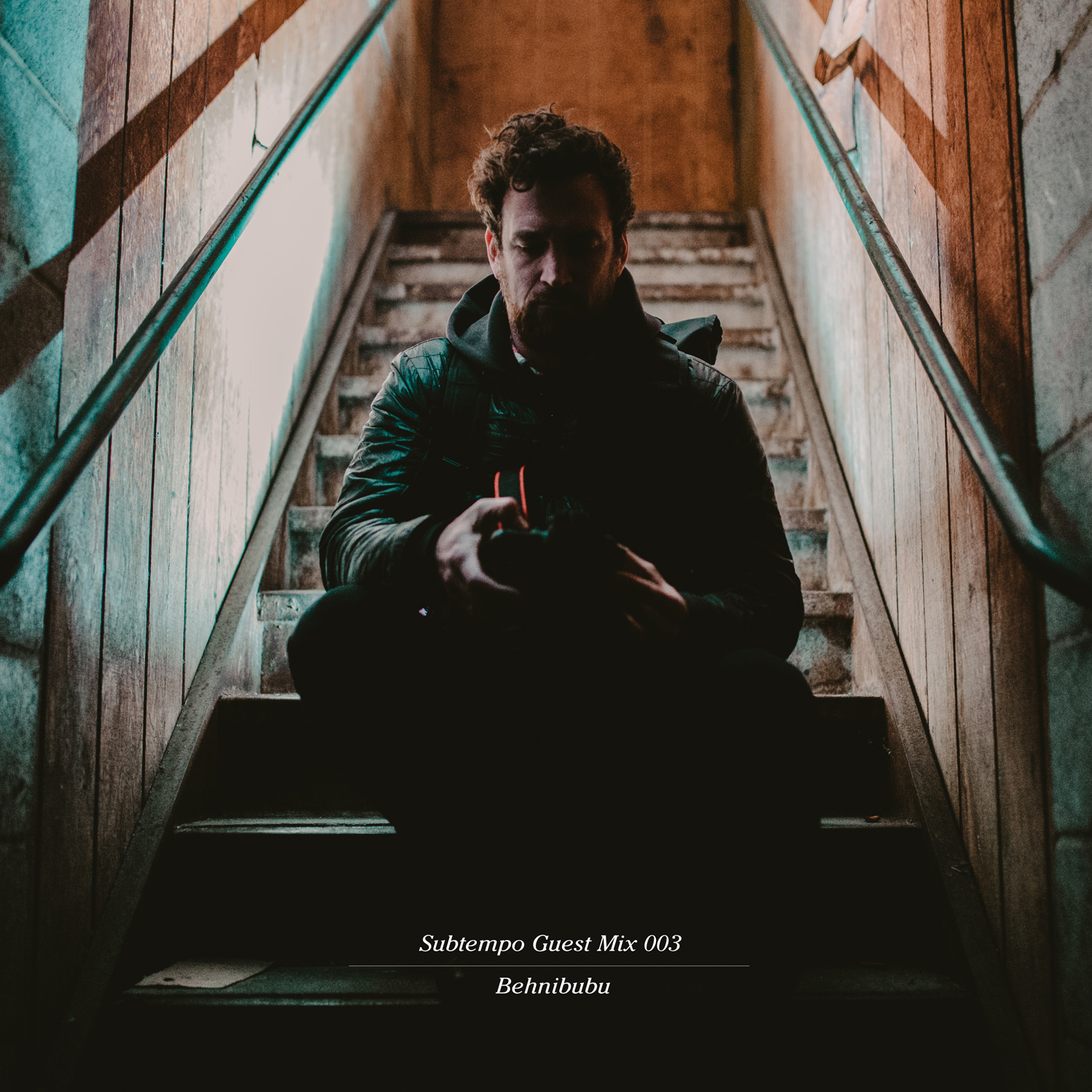